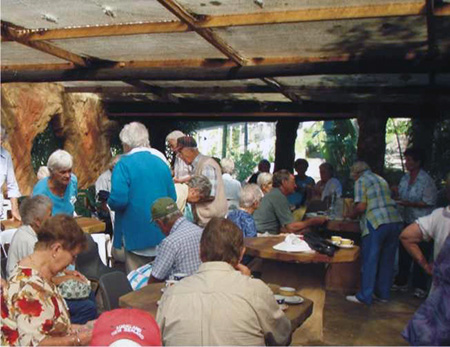 We have held several Butterfly Breeding Workshops in South Africa. Many of them have taken place in Ramsgate at the Ramsgate Butterfly Sanctuary between 2003 to 2008. These workshops are designed to be able to assist local butterfly breeders of that community with problem solving solutions. Other workshops are held which aim to assist new breeders in getting stated, where many questions may be asked and answered. The workshops present new discoveries of breeding techniques and easier ways to combat parasites. Discussions of income and expenditures are addressed, while tailor made methods of working with butterflies are implemented. The last workshop was held in Pretoria at the Edu Excellence School on the 25 – 26 May 2012 and was a follow-up on pervious AGRI TV inserts in 2010 – with an attendance of 25 people. Also in attendance was the AGRI TV film crew and Landbou Sake TV film crew which aired the program for several weeks from June 2012 to 2013 on various TV channels such as (SABC2) Agri TV, Landbou Sake, KYKNET and others.