Where it began for “Conservation of Butterflies in South Africa”

Aliph Whiteley, a descendant from Ireland, was one of the first butterfly collectors to come to Africa and explore the richness of its Lepidoptera. Concentrating more on the survival of his family, little time was spent on collecting butterflies. He came to South Africa on Safari and never left again. For some reason (unknown) he received no allowance from his wealthy family and had to make it on his own in a strange country.

Aliph Whiteley with his brother Alexandra, moved to South Africa  late in the 1860,s and had a small import and export business. He collected butterflies in the surrounding areas and had them sent back to England for identification. Most of the specimens never reached their intended destination, because of ignorance from sailors or through mismanagement of the ships crew.

William Whiteley was a philatelist. He also collected butterflies periodically in-between his life of business, whenever the opportunity afforded itself. Very little is known about William Whiteley

William Whiteley, son of Aliph Whiteley, moved to Letaba Distinct in Northern Transvaal, late in the 1870,s and worked at a small sawmill. He collected butterflies throughout his years as a sawmill operator and carpenter. He was married to a towns women by the name of Etta Lombard who passed away after giving birth to their second son.

Arthur Whiteley son of William Whiteley was also a philatelist and spent most of his spare time in his private study working with his stamps. When he wanted a break he would take his sons into the veldt and collect butterflies.  He seldom spoke to anyone as he found it difficult to comprehend light chatter. When he did it was usually with the fist.  His collection of butterflies and stamps were lost in a fire after his wife ‘Chappie’ died in 1970. He retired to the Village of Happiness – did not like it and moved to a flat in Uvongo.

Arthur Whiteley, son of William Whiteley, moved to Glenmore beach late in the 1940,s and had a small tearoom, the first one in the Glenmore adjoining his home there. He later moved to Margate and retired there, teaching both his son’s Deryck and Ian all he knew about butterflies and stamps.

Deryck Earl Whiteley became the leading expert in South Africa on the Pieredae family, one of the nine butterfly families known in South Africa. It was in 1958 that he discovered his first butterfly specie called Zophopetes dysmephila. Later on in his collecting career he also discovered Lepidochrysops ketsi f. leucomacula, Durbania amakosa albescens   at Seaslopes, Margate (1973) and Durbania amakosa flavida at Shongweni Dam (1974)  between Durban and Pietermaritzburg. He collected with all the great collectors of the time, Dr. D.A. Swanepoel, Ken Pennington, Clive Quickeburg, Dr. David Edge, Dr. Vari and the like. This collection became world famous and is known as the ‘Whiteley Collection’. He lost the collection to the Durban Museum, because of a misunderstanding as to the allowed time period that the collection was housed in the Durban Museum. After the collection was on government property for a period exceeding 90 days, it became the states property. Legal action could have been pursued, but there were no funds available to Deryck Whiteley for such a venture. 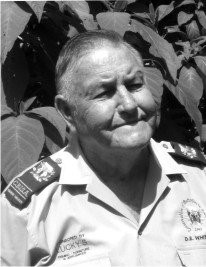 Deryck Whiteley, lived and worked in the Letaba District  as a handy man. Played rugby for Northern Province. On one of his rugby tours to the Orange Free State he met and married Cecelia Coetzee. In the1959 he moved to Virginia and worked as a blaster – miner in Harmony mines in Welkom. He collected butterflies from the age of 19 with Dr David Swanepoel until the late 1970’s. He moved his family to Durban in 1966 and continued collecting while working as a security officer for Barkley’s Nation  Bank and then SABC in Old Fort Road.

Earle Whitely became the first conservation breeder of South African butterflies. Although he has collected butterflies from the age of five with his father, accompanying him and other collectors, Dr David Swanepoel, Dr Vari, Dr David Edge, Ivor Migdol, Ernest Pringle, Clive Quickleberg, Dr. Renier Terblanche and the like, he regarded the collecting of specimens as a secondary tool , purely for the identification of species. He became more and more involved with breeding them. Due to this he became well known as the man who speaks to butterflies. He developed the first Butterfly Sanctuary for South African butterflies in Ramsgate and discovered Eurytela hiarbas f. vashti Ramsgate Piper, (2002) named after the town. He also established the ‘Butterfly Valley Conservancy’ in Ramsgate. He is also the founder of ‘Conservation of Butterflies in South Africa’ (CBISA),1993. He has also developed several butterfly related websites and is the author of several butterfly books and related butterfly books.

Through his breeding programs he has bred many new variations, never seen before. His dedication has led to his discoveries of new butterfly species, as well as other insect species named in his honor by various museums and collectors. He has published several books on butterflies covering a wide range of topics, from collecting to breeding. 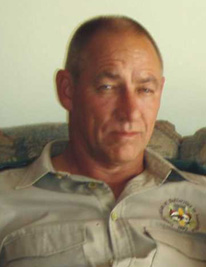 Earle Whiteley came to Durban in 1966 where his collecting of butterflies began in earnest. He moved to Amanzimtoti in 1980 and then to the South Coast in 1999 at Oslo Beach for six months –  and eventually to Ramsgate in 2000 where he stayed. Here he married Lizanne Hattingh and has two girls and boy. Hopes are high that one of his children will develop his passion and become the 6th generation lepidopterist.

1958 – still living
He has two daughters, Tsunami and Ione and one son Xantha Whiteley